GOOGLE PLAY DESCRIPTION
A family of treasure hunters hears the news that an ancient ruin has been uncovered. They creep into the ruins, where they are certain they'll discover some wonderful treasures.
But in the end, will they be successful in their hunt for the treasure?

About the game
'Grinsia' is a fantasy RPG, with a quest involving twin Goddesses, and six pieces of treasure. The main characters are a family of treasure hunters, and they are joined by a wide range of other characters.

A wide range of allies, and many ways to enjoy the adventure
In 'Grinsia', you can choose your allies from a wide range of characters.
When the number of characters passes a certain point, you can choose which of your allies to take with you by going to a tavern in one of the towns or villages.
Each character reacts differently to each event, so by changing the members of your party, you can play the game again and again, enjoying the different reactions of the members.

In the main story, there are characters who won't become allies, too.
Journey across the world, in search of allies!

Supports high-quality graphics
The beautiful graphics support high-resolution screens.
* You can select the graphics quality from the Options menu. By choosing a lower graphics quality, it is possible to make the game faster.

Selectable controls
You can choose from two types of game control, to make the game as comfortable to play as possible. The options are touch control, and a virtual cursor pad control.

'Treasure accessory' system
The treasure you gain has special powers, and can be used during battle. When you use a piece of treasure as an accessory, you become able to use 'EX Skills'.

*The actual price might differ depending on the region.

[Supported OS]
- 1.6 to 5.1
[Supported Screens]
- HVGA(320x480) and up
[Languages]
- English, Japanese
[Non-Supported Devices]
This app has generally been tested to work on any mobile device released in Japan. We cannot guarantee support on other devices.

To add a Qi badge for RPG Grinsia to your site: 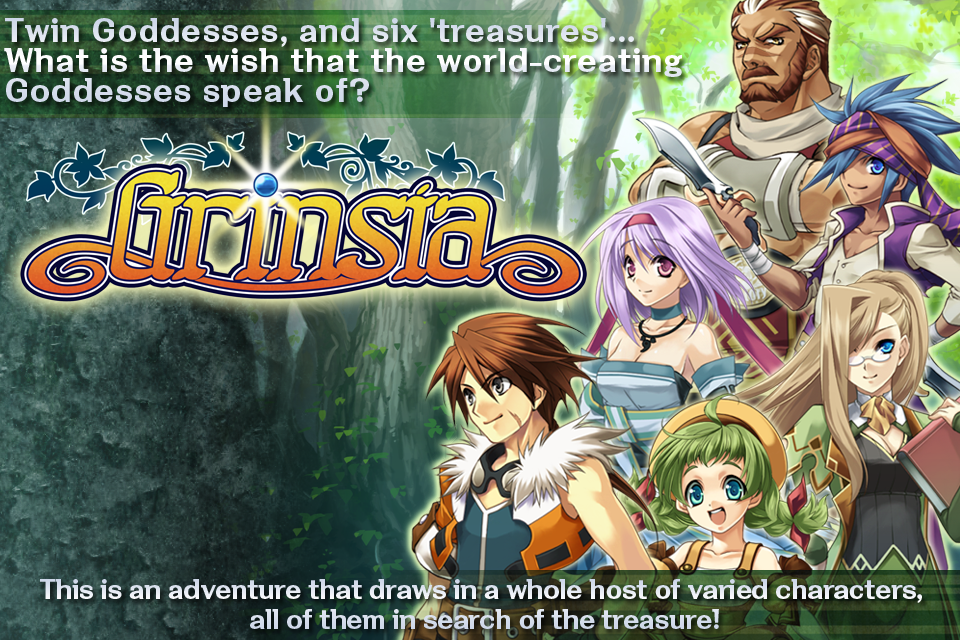