Your delicious endangered eggs have attracted the taste buds of the evil CEO of the Robot Seafood Corporation. He will stop at nothing to feast on your eggs, defend them from his relentless army of aquatic robot beasts. Many different types of enemies will attack from many different patterns, keeping you on your toes the whole time. It is simple to pick it up and play for a few minutes, but so engaging that you'll want to play the whole thing straight through!

"The best aspects of Velocispider are its fantastic 16-bit visuals and its sense of humor, infrequently delivered in brief cut scenes that underscore the ludicrous nature of this simple arcade game. For 99 cents, you’ll get a charming little lark for the iPhone, iPod Touch and iPad in Velocispider, an easily enjoyable arcade addition" - Kotaku

" Like so many mobile games, Velocispider succeeds not because it’s a great adaptation of a traditional console experience, or because it has a new gameplay hook, but because it takes an already established idea and presents a ridiculous new take on it. This is the sort of arcade experience you pick up and play for a few moments, not only because its classic gameplay is still fun today, but because its setting and aesthetic can’t help but make you smile." - IGN

"Velocispider is a fixed-view shooter with ultra-simple tilt controls. You fire continuously upwards at the Aquabots as they come to kill you and steal your eggs” … “If you’re anything like me, the thrill of fighting off waves of aquatic-robot monsters with a well armed half-spider, half-velociraptor Araknasaur makes Velocispider an easy buy" - Touch Arcade "The blend of Space Invaders, Galaga, and Defender plays out exactly how you’d expect an old skool arcade title to play. That is to say: reassuringly solid." - Pocket Gamer

To add a Qi badge for Velocispider Zero to your site: 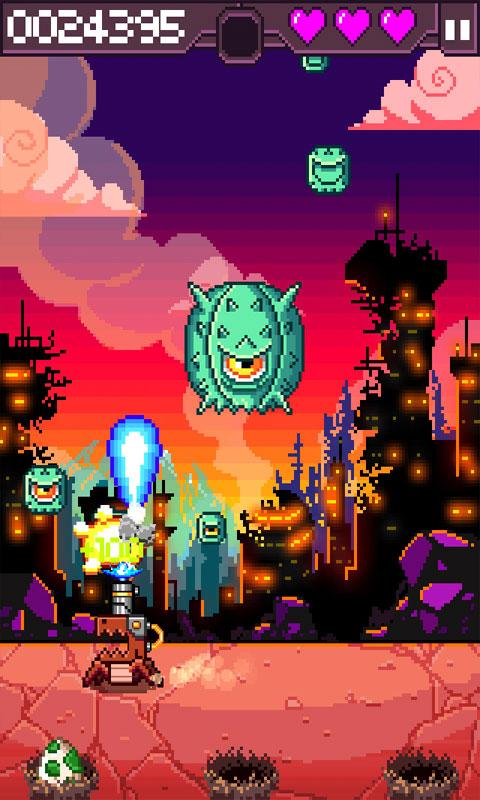