GOOGLE PLAY DESCRIPTION
Jump to hyperspace aboard the Lady Luck, the fastest starship in the galaxy! Join her ragtag crew of space pirates, or infiltrate their ranks, working undercover for the Galactic Police.

Treasure Seekers of Lady Luck is an interactive sci-fi novel by Christopher Brendel, where your choices determine how the story proceeds.The game is entirely text-based—without graphics or sound effects—but driven by the vast, unstoppable power of your imagination.

The fate of the ship rests in your hands!Will you play as male or female?Gay or straight?Will you return to Earth as an intergalactic hero, or a wealthy pirate? Will you steal the ship from Captain Isan, or stand with the Captain to protect the ship's mysterious secret? The choice is yours.

To add a Qi badge for Treasure Seekers of Lady Luck to your site: 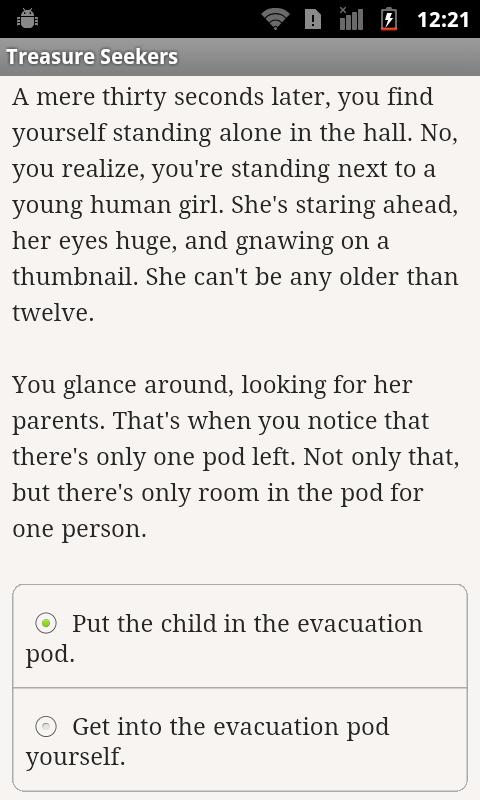