Tennis! Comics! RPG! A sports game unlike anything you have seen before!

REVIEWS:
* "I'm loving it" - Touch Arcade
* "Best tennis game that I've ever played on any mobile platform" - Mobile Tech Reviews
* "It is the first tennis game that makes me feel like I am playing a real game of tennis. Seriously, it is just brilliant" - Lost in Mobile

Drive the story in a comic book as you play role of a tennis prodigy who must fight for his survival and become the best college tennis player, following his quest of joy, anger, despair and jubilation.

Sports games usually lacks a life, a larger purpose, a role, an objective. Flick Tennis fills that void, adds a life, gives you a role and drags you in to what it is trying to say from the first few seconds.

The most realistic tennis simulation with unique & intuitive controls, very carefully designed based on the psychology of world's best tennis players, makes gameplay incredibly simple for anyone to play quickly yet surprisingly deep for experts to strategize & attack opponent's weakness.

Redefines the intensity, passion, speed and fun of the game of tennis with fabulous controls, Head to Head Multiplayer, Doubles, Story mode through 35 pages of Comic Book in 11 episodes, 12 difficulty variations, 11 gorgeous tennis courts, 10 unique players and much more!

Drop us a mail at support@rolocule.com

To add a Qi badge for Flick Tennis to your site: 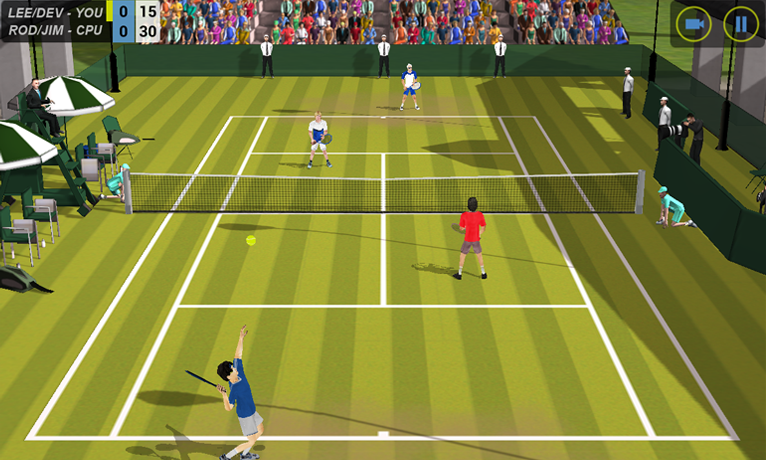