Bigger and badder than ever before, Kingdom Rush: Frontiers is a whole new level of the furiously fast, enchantingly charming gameplay that made the original title an award-winning hit. Tap your troops through an epic (mis)adventure as you defend exotic lands from dragons, man-eating plants, and ghastly denizens of the underworld -all with flashy new towers, levels, heroes, and more goodies to help you crush your foes to a pulp. (Don't worry, we've still got all the good ol' stuff from the last game, too. It's vintage now.)

Kingdom Rush: Frontiers packs in so much content, it's like a fully upgraded artillery blast of mouthwatering, pixelated joy launched right into your smiling little face... and it hurts so good!

• Fortify the frontier in exotic news lands - hold the line in deserts, jungles and even the underworld!

• Eight new specialized tower upgrades! Slice, sizzle, and stomp your foes with Crossbow Forts, Mighty Templars, Necromancers, and even Earthquake Machines - hey, we told you we were shaking things up.

• Over 18 tower abilities! Unleash Death Riders, pestilence clouds, or Assassins that steal and kill your enemies!

• Over 40 enemies with unique abilities! Stay on your toes as you fight through desert sandworms, tribal shamans, nomad tribes and underground terrors.

• Eleven legendary heroes. Choose your champions and train their abilities! Each has unique specialties that fit different play styles!

• Special units and features on every stage! Watch out for the Black Dragon!

• Merciless boss fights! Hey, we told you to get those upgrades...

• Upgrade system allows you to min/max your towers towards your preferred strategy.

• Hours of gameplay with over 70 achievements!

• Three difficulty modes! Are you up for a real challenge? Go with Hard mode!
Intoxicating charm with a rousing score, full-bodied voice-overs and lovingly illustrated cartoon art! (Complete with cartoon blood, naturally.)

To add a Qi badge for Kingdom Rush Frontiers to your site: 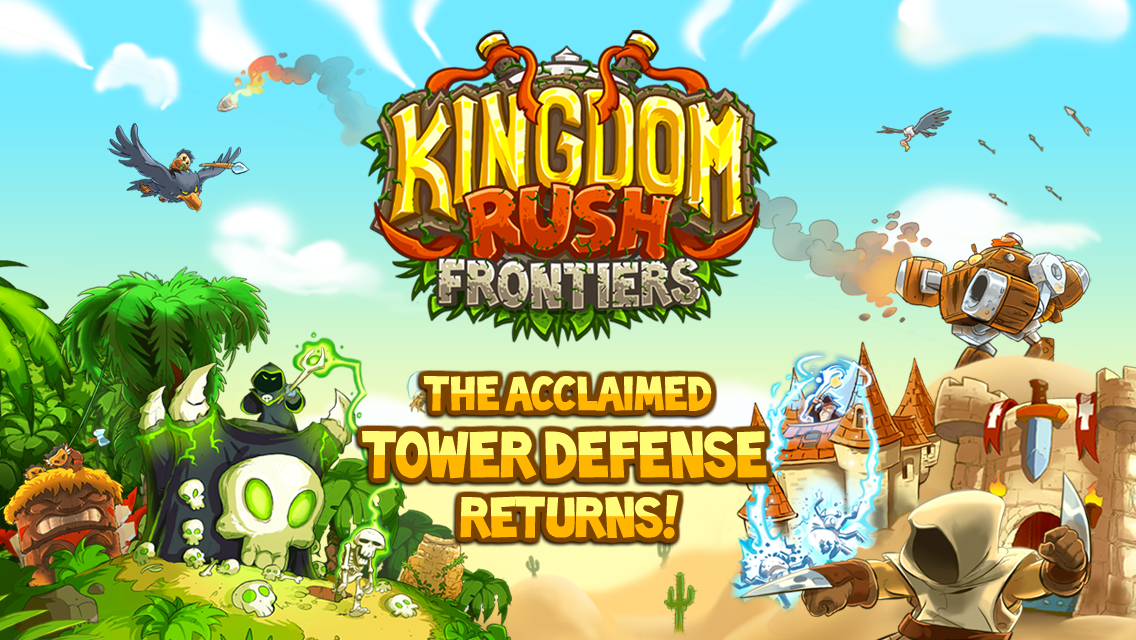