GOOGLE PLAY DESCRIPTION
Doug is a Dwarf. Doug loves digging. Well, actually he doesn't: what he likes is to find buried treasure. Anyway, one day Doug decided to gather as much treasure from as deep under the earth as he could go. So Doug dug. And he dug. And he fought monsters and avoided massive avalanches of falling rock. And then he dug some more. And he picked up lots of bling.

Now it's your turn. Help Doug dig deep down under the earth in the quest for shimmering jewels and precious gold. Go farther and deeper than any of your friends. Find more gold than anyone in the world. Oh but watch out for colossal cave-ins. No they're really colossal—you won't believe it. And creepy monsters. And bottomless pits. Ah, don't worry it's just a game.

Do you like Spelunky? Dig Dug? Well c'mon you like Minecraft don't you? Well then you'll like this. Plus it's cheaper. And better. Plus your friends are playing it and you don't want to be left out, do you? Or maybe no one is playing it, in which case you'll be the one who introduces all your friends to "Doug dug." Then everyone will say, "Hey look there goes *your name here* who introduced us to 'Doug dug' and who is therefore cooler than the rest of us because he/she discovered it first." One of those two great options are bound to happen.

So what are you waiting for?

Doug dug. Will you?

To add a Qi badge for Doug dug. to your site: 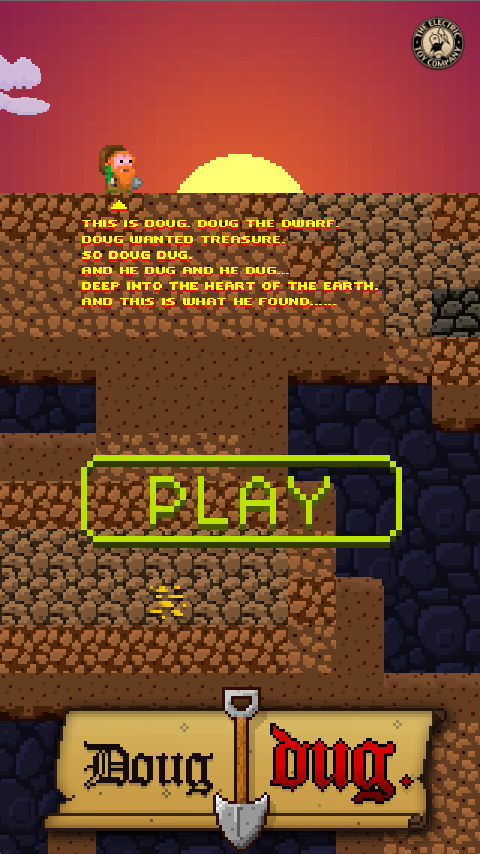