GOOGLE PLAY DESCRIPTION
"Find them all: looking for animals" ("Wildlife & farm animal for kid" on Google Play) is an educational game for kids which offers them the opportunity to see wildlife in their natural habitat (farmyard, savannah, desert, jungle, sea, etc.).

Entirely spoken in 8 languages, the game comprises levels, each of which depicts a different environment child have to explore (farm, Africa, Australia, Asia, North and South America).

The very youngest will learn quickly to identify wildlife and farm animals (name, call, sounds and pictures) during a discovery phase which requires dexterity (scrolling, touch).

Older kids are able to look for animals in the night and use the camera to make their own photo album or create jigsaw puzzles (up to 42 pieces).

In the "Photo Quiz" step, the child answers a series of questions in order to win new photos.

Kids will then search for the hidden cameraman to get videos!

Finally, the print functions enable the game to be continued using paper booklets which offer a host of different activities (folding and cutting out, sticking heads and learning to write names).

✔ Assistance and instructions are spoken
✔ Simplified interface
✔ Multi-user: all kids can have their own account and settings.
✔ No advertising and parental control

To add a Qi badge for wildlife & farm animal for kid to your site: 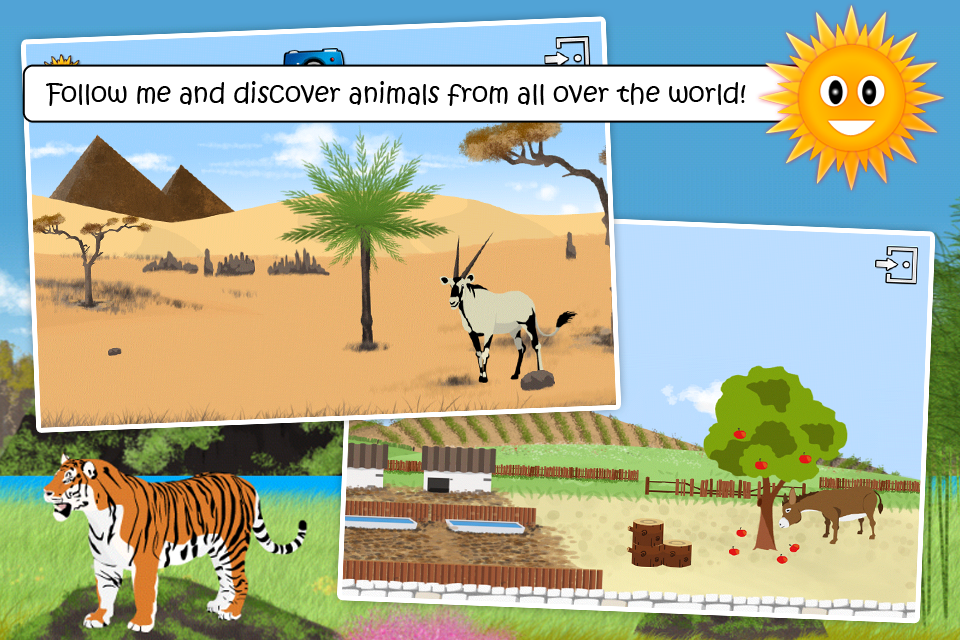