GOOGLE PLAY DESCRIPTION
When life in the world of Ethenia is threatened by the corruption of the Yhrosian Empire, a hero will rise to protect the Planet and its people.

RISE OF A HERO

Meet Nate, the Light Apprentice, and take part in his journey through a kind of "Comic GameBook" like you've never experienced before!

After 300 years in a deep sleep, Nate wakes up to a world ravaged by war. The Planet's environment is damaged and on the course to destruction.

Only Nate and the 4 other last remaining Apprentices may have the key to restore balance to the Planet's environment, thus saving the world.

YOUR GAME, YOUR CHOICES

In Light Apprentice, comic book and game are integrated in a brand new way.

Your decisions and actions will determine what kind of characters Nate and his friends will become.

Get collectibles and extras, customize and evolve your characters, fight or befriend monsters, and decide how Nate's story unfolds.

AN EPIC SAGA IS COMING

Light Apprentice is the first of 4 upcoming chapters that make the book.

- A comic book-game in which you can make your own choices that affect the story
- Build your characters based on your own choices: be a warrior or a pacifist
- Collect items and equipment to improve your stats
- Engage or spare the life of several kinds of monsters and bosses
- A unique graphic style based on hand drawn arts
- Epic, action-packed storyline
- Cloud system to save your progress

To add a Qi badge for Light Apprentice to your site: 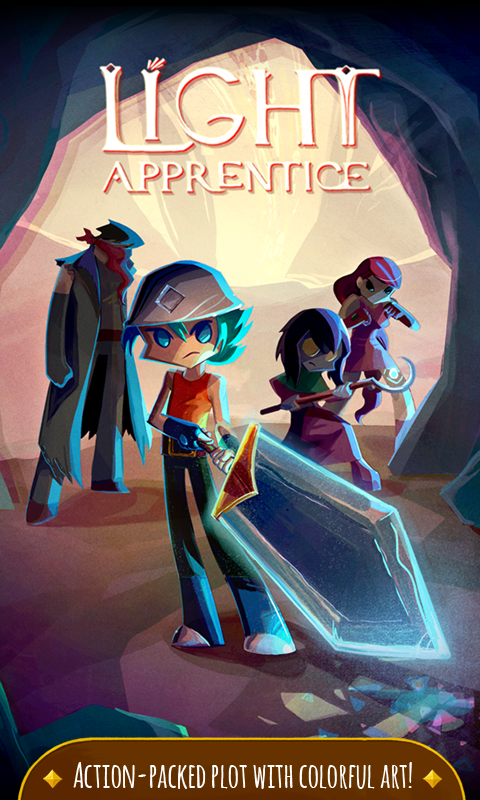