THEY CAME IN PEACE. THEY'LL LEAVE IN PIECES.

Brought to you by the creators of the hit game Bill Killem! Buzz Killem is the story of a retired War Veteran called back into action after an Alien welcoming party greets Earth. And he is the father of famed action star Bill Killem.

Embark on missions of explosive proportions as you save America for the wrath of alien invaders! Visit usually peaceful and pleasant tourist spots like the Statue of Liberty and Grand Central Station and defend them from utter obliteration!

FEATURES
• Multiple Stages with a variety of missions to accomplish
• Smooth on-screen controls and platformer gameplay.
• Retro graphics, sound effects, and music!
• Tons of unlockables! New outfits, new guns, and new power-ups are yours for the taking!

To add a Qi badge for Buzz Killem to your site: 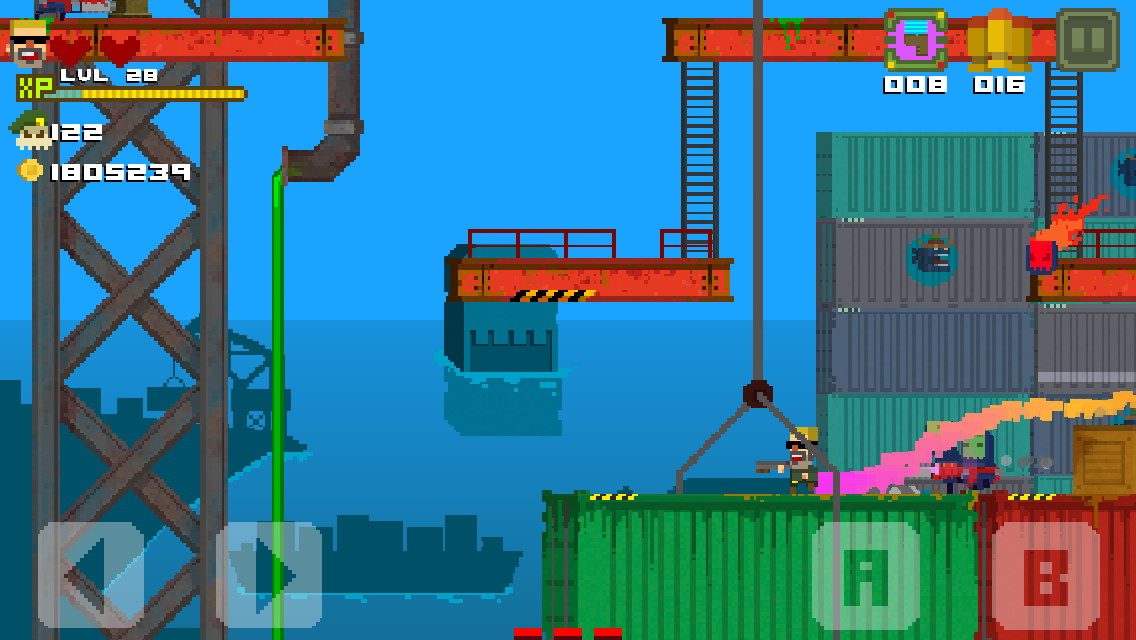