Are you ready to stand up against the Empire? Based on the hit TV show, Star Wars Rebels™, become an intergalactic hero in Star Wars Rebels™: Recon Missions, the epic action-platformer mobile game!

Take on 6 FREE levels of battle against the Empire as Padawan Ezra, dodge TIE fighters, blast stormtroopers, and drive an Imperial AT-MP. With in-app purchases, play as other fearless Rebels, fight Star Wars™ bosses, drive an AT-DP, and unlock 30 more levels and 50+ challenges.

Fight to save the citizens of Lothal and restore hope to the Star Wars Rebels universe by joining the rebellion today!

For Everyone:
• BATTLE against the Empire as Ezra Bridger, using his hybrid blaster Lightsaber™ and somersault blaster boost
• DRIVE an Imperial AT-MP and activate boosts to take down the Empire’s legion
• COLLECT Hope and gift to citizens to earn boosts
• CUSTOMIZE your secret Rebel Haven with rewards like living units, towers, building mods, and art
• DISCOVER secret rooms, stormtrooper helmets, and play to earn rewards from Chopper

With In-App Purchases:
• Play as some of your favorite Rebels like Kanan, Ahsoka, Sabine, Hera, Zeb, Chopper, and more
• UNLOCK 30 additional levels, with more Empire enemies, boosts, secret rooms, and rewards to expand your Rebel Haven
• BATTLE STAR WARS BOSSES including TIE bombers, AT-DPs, and TIE fighters
• WIELD a Lightsaber as Kanan Jarrus, the cowboy Jedi, and battle with your twin-blaster as Sabine Wren, the explosive artist

The Star Wars Rebels: Recon Missions App is free to play. However, there are optional in-app purchases available for purchase that cost real money. If you choose to make a purchase, your GooglePlay account will be charged.
Before you download this experience, please consider that this app contains
• in-app purchases that cost real money
• the option to accept push notifications to let you know when we have exciting updates like new content
• advertising for some third parties
• as well as advertising for The Walt Disney Family of Companies

To add a Qi badge for Star Wars Rebels: Missions to your site: 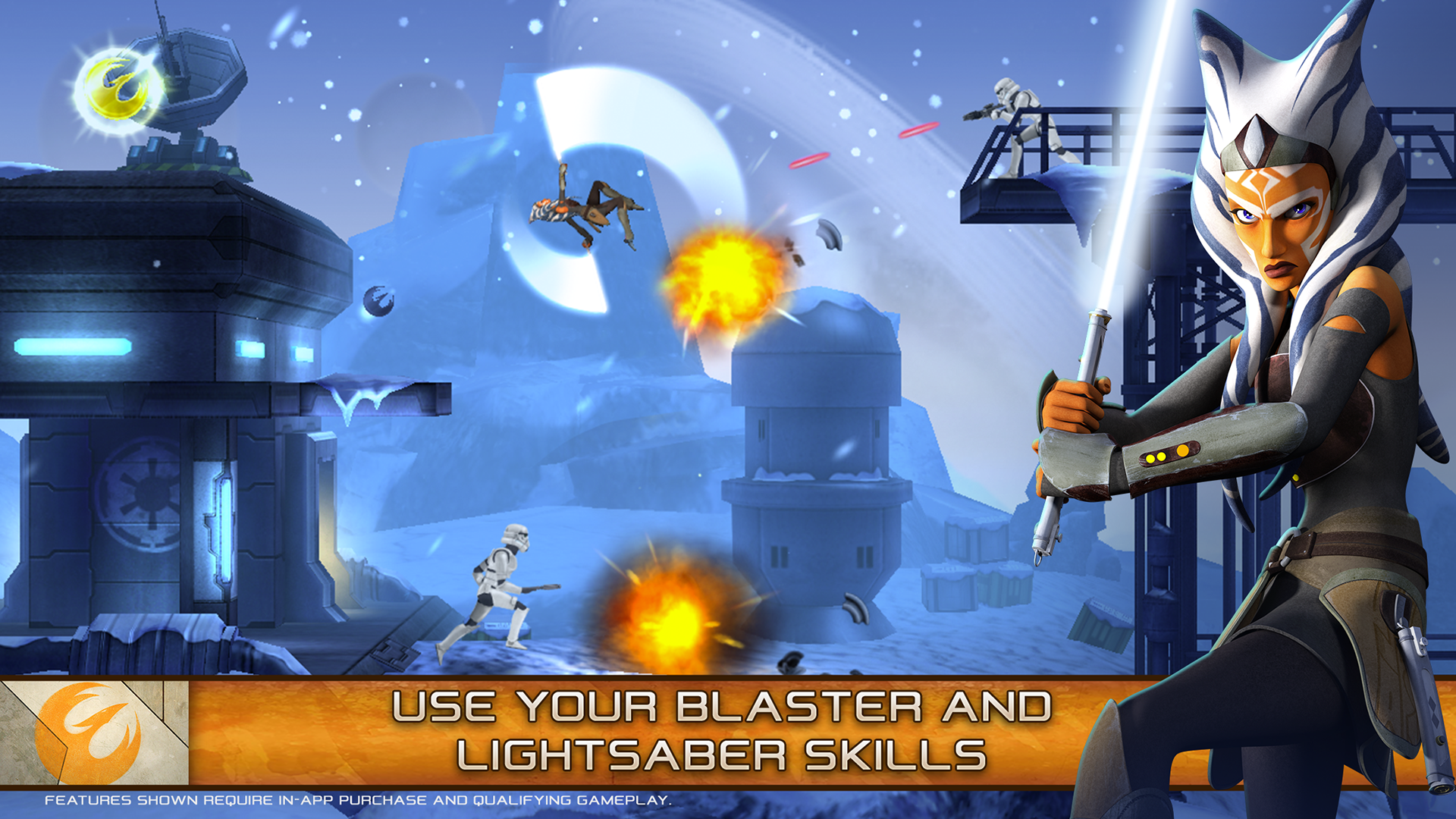