Step into the Dreamscape, a plane of visions and imagination created in the wake of New Vigil’s transformation. As the factions gain insight into the new world’s power, they must also be on guard for those who might abuse it for their own nefarious ends. Join the heroes of New Vigil as they explore the exciting possibilities that await them in the Dreamscape!

•New Insight Resource and Dreamborn cards allows players to access Dream Cards and other powers!
•Use the Dreamscape to access the powerful new Vision Cards, as well as Heroes and Constructs!
•Playable as a stand-alone 1- 4 player game, or combine with other Ascension games!

Ascension: Chronicle of the Godslayer, is the first officially licensed deck building card game for iOS. Play alone or with friends to battle against the Fallen One for honor and victory. Conceived and designed by three Magic: the Gathering tournament champions, Ascension will provide hours of engaging and strategic game play for enthusiast and experienced gamers alike. 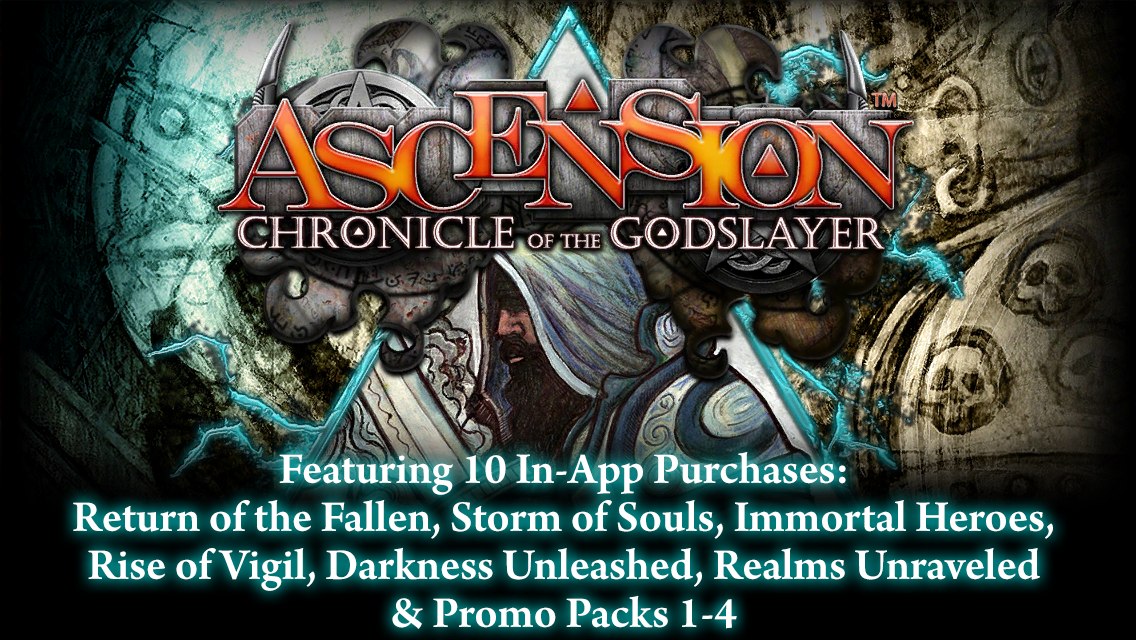