Meet the highly anticipated Android version of the *original* Death Worm game - a Top-50 indie game of all times according to indiegames.com!

Control the mind-boggling underground monster with your finger!

What is he? An alien? An awakened prehistoric predator? Genetic monster? It is really not important for those unfortunate who have sunk into oblivion in his giant poisonous throat. Nothing personal - it's just the predator's lunch time.

NOWHERE TO HIDE: The Monster feeds in 4 different locations!
ENDLESS TERROR: Beat 60 challenging levels to complete the Campaign Mode!
NEVER GET BORED: Death Worm features 3 bonus Mini-Games!
EXPLOSIVE SURVIVAL: 3 different Survival Modes to keep feeding your hungry Monster as long as you can!
EVOLUTION: The Worm looks differently in every location that you unlock!
OMNIVOROUS: Animals, birds, businessmen, punks, lizards, and even dangerous predators like tiger are now nothing more than snacks for your monster Worm!
THE DESTROYER: blow up cars and tanks; bring down planes and helicopters and even the alien UFO’s! Fight enemies of over 40 types!

The Game supports HD displays and features smooth graphics and stunning visual effects! Various Achievements get unlocked as the game progresses, and your highest scores get into the Leaderboards! This is the game that perfectly suits if you need to quickly relieve stress or just have fun!

Optimized for smartphones and tablets.

To add a Qi badge for Death Worm to your site: 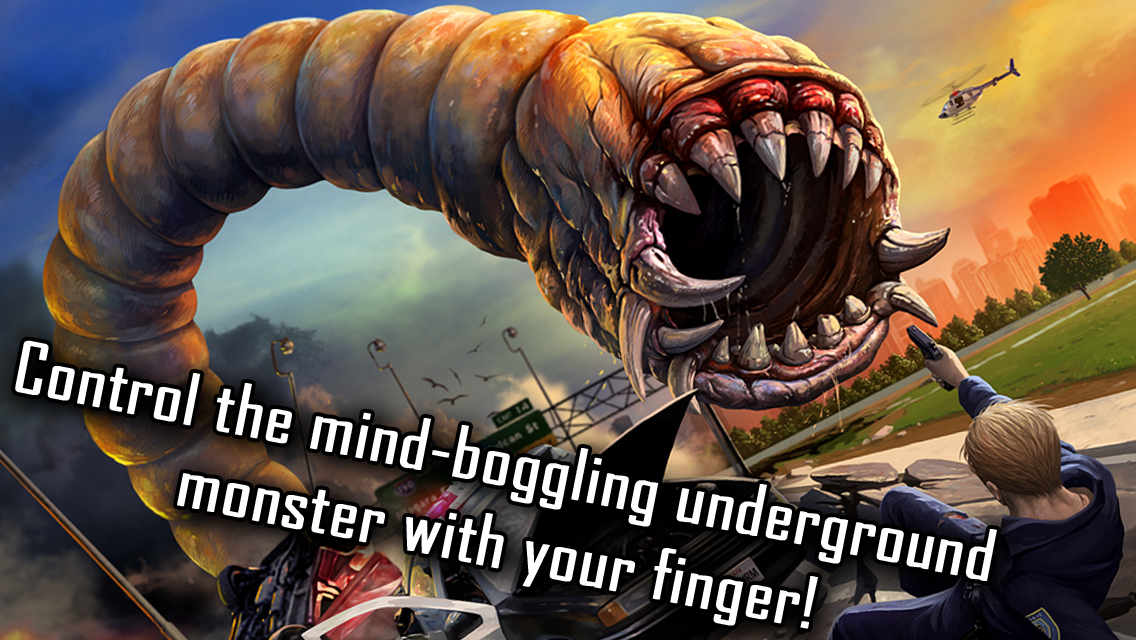